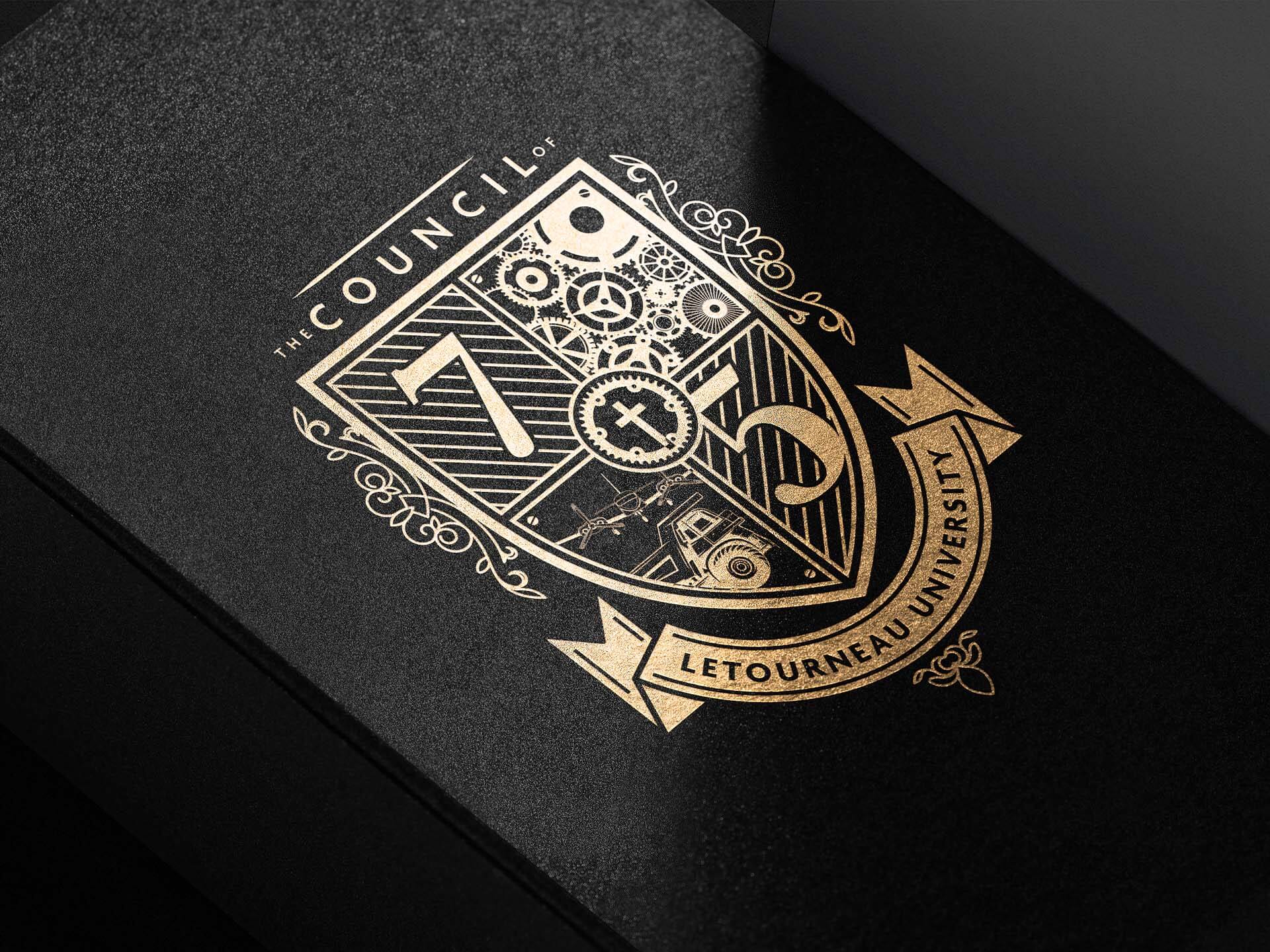 The Count of Monte Cristo is one of my favorite movies of all time. It’s a period piece about a wrongfully, but intentionally imprisoned young man who escapes and uses a hidden treasure to execute his carefully calculated revenge. Though I’m not a glutton for vengeance, the story was so thoughtfully written and delivered with such elegance and sophistication that it’s hard not to like.

During one particular moment in the movie, the main character, played by Christian Bale, creates one of the most exquisite party invitations you can imagine. Using black and gold and velvet texture, he effectively communicated the quality and exclusiveness of the affair. The first time I watched the movie, I made a mental note of that design, hoping to create something similar someday, and I got my opportunity with LeTourneau’s, Council of 75, fundraising event.

Although our university project was not nearly as ostentatious, we still desired for it to have a similar prestige. Our goal was to invite and involve individuals with success, integrity, reputation and influence to speak into the direction of the university and, hopefully, to financially contribute to that effort.

My primary role was to create brand and identity that would embody the event’s prestige, but most importantly, the goals of our future efforts. This was accomplished with a classically-designed crest to be the staple of a variety digital and print materials. In its design and color scheme, the crest noticeably acknowledges LeTourneau’s 75 years and also includes a nod to the identifiers and ideals that the University has come to be known for.